Trail food: Lunch on the trail- a look at what the hostels provide

I returned this weekend from a few days hiking the Peddars Way and Norfolk Coast Path. I will be writing about that trip in a separate post. On one of my nights, I stayed at one of the YHA Hostels. Despite the difficulties that YHA have had to contend with in recent, and not so recent, years, I still believe they do a fantastic job. Not only providing clean, safe and cheap accommodation, but also providing both kitchen facilities for ‘go-it-alone’ and a cooked meal if wanted for those who prefer to have a meal provided. I have availed myself of both options on many an occasion. I also often request a packed lunch for the following day, either to negate the need for my carrying that meal with me prior or because there are likely to be few opportunities to purchase the makings locally. This brief post casts an eye over the type of packed lunch meal I have been provided in recent years. 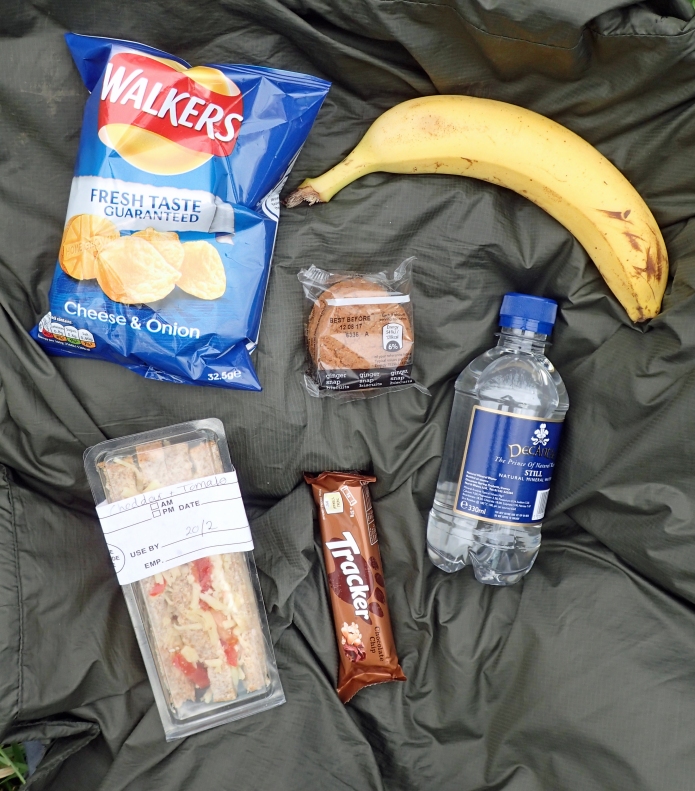 Packed lunch prepared at Hartington Hall YHA, Peak District. There is a lot of waste to be packed out after this

It is only too obvious how uninspiring lunches provided can be. Personally I feel the water is unnecessary, I can fill my own bottle at a hostel tap. Sandwiches are always the same- some type of filling in over-processed white bread, usually with a over-provision of packaging. 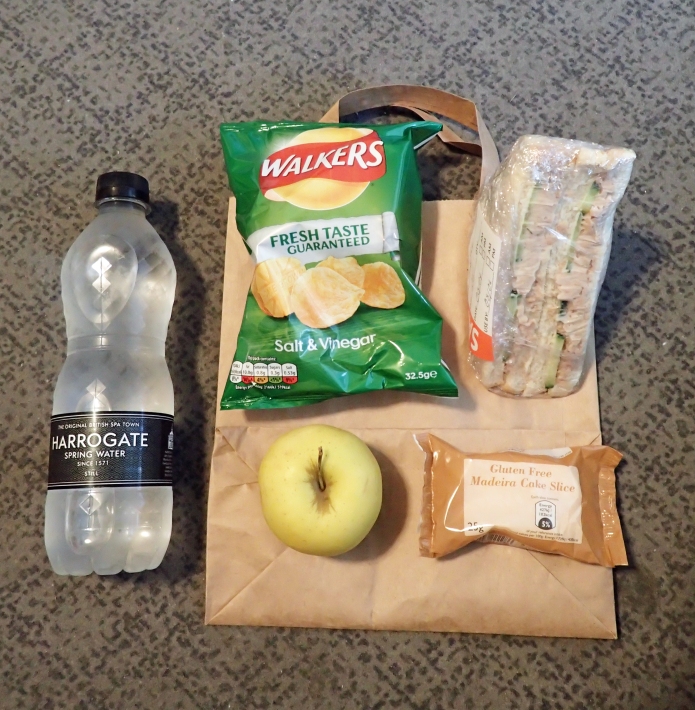 The packed lunch provided at Sherringham YHA, Norfolk in April 2017 is as uninspired as ever

That from Sherringham YHA in April 2017 followed the standard format. But I was at least given a lunch menu to choose from the day before. It does look as though the advertised ‘Quarter Oats Bar’ went missing though.

It would appear that some hostels are more generous with their offering. YHA Streatley-on-Thames packs up two pieces of fruit as well as the errant Oat Bar, though I think they lose a point with the throwaway packaging that the sandwich came in. In fact there is quite a bit of wastage from all the hostels.

Lunches cannot have changed much in decades. If anything, they resemble what tens of thousands of mothers packed up for their children to take to school in the 1970s.

What sort of lunch can the independent hostels provide? When I camped in the grounds of the Court Hill hostel at Wantage, I used their ‘campers kitchen’ in the evening to prepare my food, but ordered a packed lunch from them to take with me the following day. While it bore a striking resemblance to anything the YHA hostels offer, it also came with a quite delicious, home-cooked, oatey, syrup and butter flapjack type thing. It was incredibly dense and flavoursome. Worth noting is that the cost of my lunch from Court Hill was higher than from the YHA- £6.50 compared to £5.

Lunch provided by the Court Hill Centre; an independent hostel in Wantage, Oxfordshire. Despite the additional packaging waste, at least the apple drink was a change from the usual bottle of water. Sandwich was ham and cheese- in white bread, obviously!

So, given the choice, what sort of lunch does Three Points of the Compass actually prefer?

When hiking in the Brecon Beacons in colder months, I ensured that those with me, including two children, had a hot meal for lunch. Not only for a calorific boost, but it does wonders if spirits are flagging.

It is seldom that I stop to prepare anything hot. I have done a noodle or pasta dish in colder months but it is a fair bit of faffing around for that and really only an option if time is not of the essence.

When my daughter was preparing for her Duke of Edinburgh Expedition, it was toward the simplicity and effectiveness of a pouch tuna and flat bread that I pointed her in a training hike

A lump of cheese and some oat biscuits has sufficed on occasion, but it is a tad uninspiring. If given the choice though, I do think one of the various fish mixes in pouches work brilliantly, tuna, mackerel or salmon with a flat bread, as below, being eaten on the Ridgeway in 2016. I have written before about these and they remain a favourite.

A halt at Waylands Smithy Neolithic chambered long barrow. Lunch is a favourite for Three Points of the Compass– a pouch fish, here it is mackerel with flour tortilla

One of the John West Creations range, the others are equally as tasty. This 180g pouch provides 300 kcal

I am not sure how long they have been around, but for last weeks walk, I took a couple of pouches from the John West Creations range.

There are four options in the range. Three with Salmon and one with Tuna. I reckon they are all pretty tasty and work well in a flat bread. One pouch will provide enough filling for two flour tortillas

Something like this is never going to work for anyone with a fish intolerance I know, but I am talking about what I like and what works for me. If wished, these new Creations can be simply spooned out of the opened pouch, the addition of carbs such as bulgar wheat, giant couscous, lentils, wild rice or chickpeas goes some way to balancing the meal.  For me, these are a success.

While Mrs Three Points of the Compass and I were hiking in the Canary Islands earlier this year, we would take pre-prepared slices of salami, goats cheese and local tomatoes, and stop in one of the village bakeries to buy bread, cheap and still warm from the oven, which was then stuffed into a day pack until required, less a hunk torn from the end, to be devoured as we walked out of town. In addition, a potato tortilla is very tasty, but a knife and zip lock are required for this option.

A simple lunch sufficed while hiking in the hills in Fuerteventura

And if looking for pure calories, then how about a banana spread with peanut butter…

Lunch on the GR223, Menorca

My search for an efficient, small, lightweight power adapter with USB-C port for UK use continues. A look here at three prospects.
Gear talk: looking at Power Adapters

Three Points of the Compass believes there are two essential tools required when looking at fuel requirements for a backpacking trip. These are digital scales and a sharpie
Trail talk: weighing fuel canisters

Many will be aware that lindal valve gas canisters can be expensive, while bayonet connector butane cartridges can be much more affordable. There is a cheap, tiny, copper transfer nozzle available for putting the contents of one, in to the other...
Gear talk- butane canister converter nozzles
Loading Comments...
%d bloggers like this: