I forgot about the mud!

I am still gently easing myself in to my hike. Not a lot of miles pounded this year prior to setting off on this walk, mostly due to work commitments Muscle memory not withstanding, I still felt it prudent to keep an eye on the miles during the first week or two. A pretty gentle internal itinerary was required but the mini ‘Beast from the West’ that dumped a good part of the ocean on the West County not only ensured that spring was going to be a wet one, but also ensured my baptism to the South West Coast Path was not going to be gentle.

For the first week or so, the mud has been horrendous in parts. Dorset mud I recommend to no-one, slippery stuff that takes you down as soon as you lift your eyes from the path to look at the view. I fell once, not heavily, enough to swear inwardly (there was an audience), so no damage done. No accidents please, not this early in to my trail. However Devon mud- OK, if I have to have it, then that red stuff is far more preferable. More glutinous, doesn’t slip so easily beneath your feet.

The path has been fantastic. The views as good as I expected, except on the odd misty day. It has rained on at least three days, but more frequently at night. Don’t we all love being cosy in a tent, from the warm comfort of a quilt, listening to the rain hammering down, and trying to find a reason not to move for just a few more minutes?

I won’t lie, I have finished many of my first days, short as they were, pretty tired. That does not concern me. ‘Hill fitness’ will come with time. My shortest day was 6.85 miles, my longest 18.58. Day thirteen, a fairly short section of 11.48 miles from Brixham to Stoke Fleming has delivered my greatest ascent in one day on trail so far- 3516 feet. But every day has seen steep ascents and descents at some point. That is the nature of a coastal path. My knees, which concerned me prior to setting off, have been holding up. Though my left knee occasionally says hello on some more dramatic steps up. 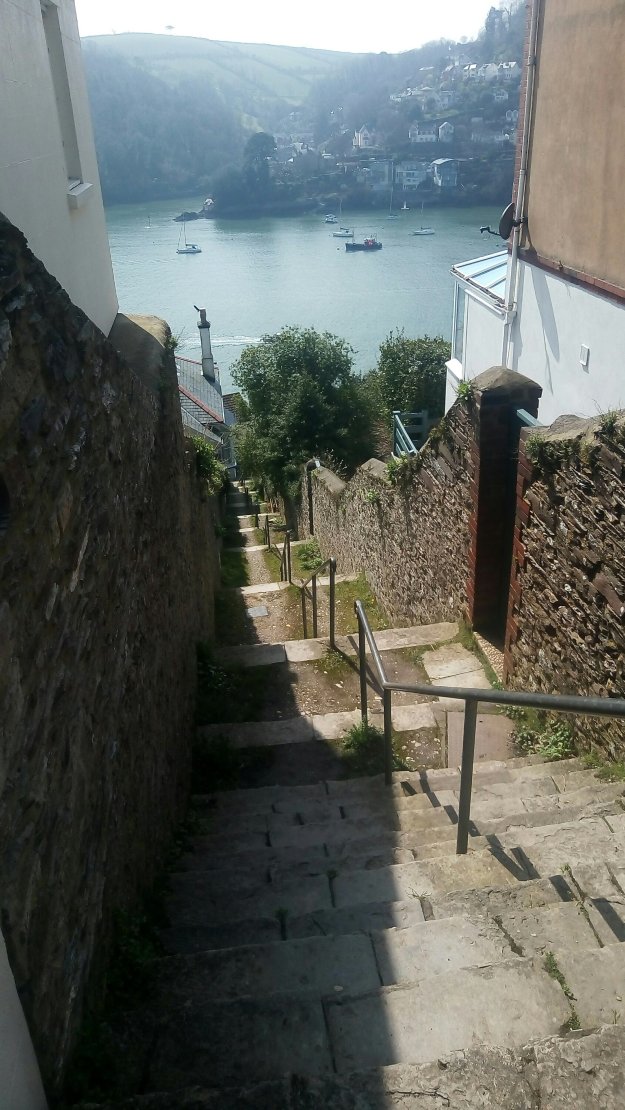 I have been doing mostly a mixture of official campsites and YHA so far, all providing hot showers for a mud besplattered hiker, I’m a softie you see. I even splashed out on a B&B in Brixham.

I stayed in an International Backpackers Hostel in Torquay (interesting) and have managed one wild camp. I won’t say it was while crossing the Lulworth Ranges, as that would be illegal of course.

I’ll keep you updated on how things progress.