“what’d you think of cardiac hill?” 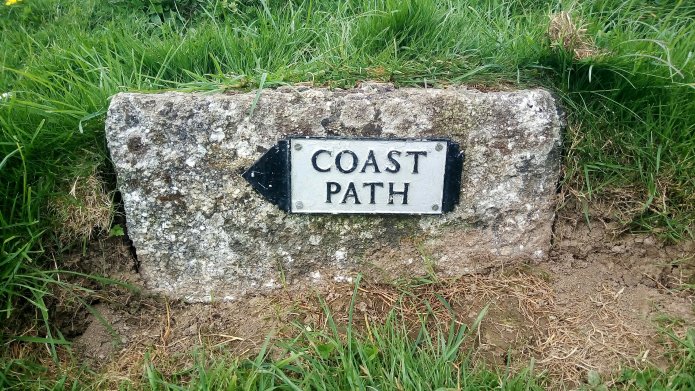 The farmer shouted the question above the roar of his 4×4 farm vehicle and switched it off but the racket continued. His two Collies, protective of their domain, continued in their protestations as to my presence. 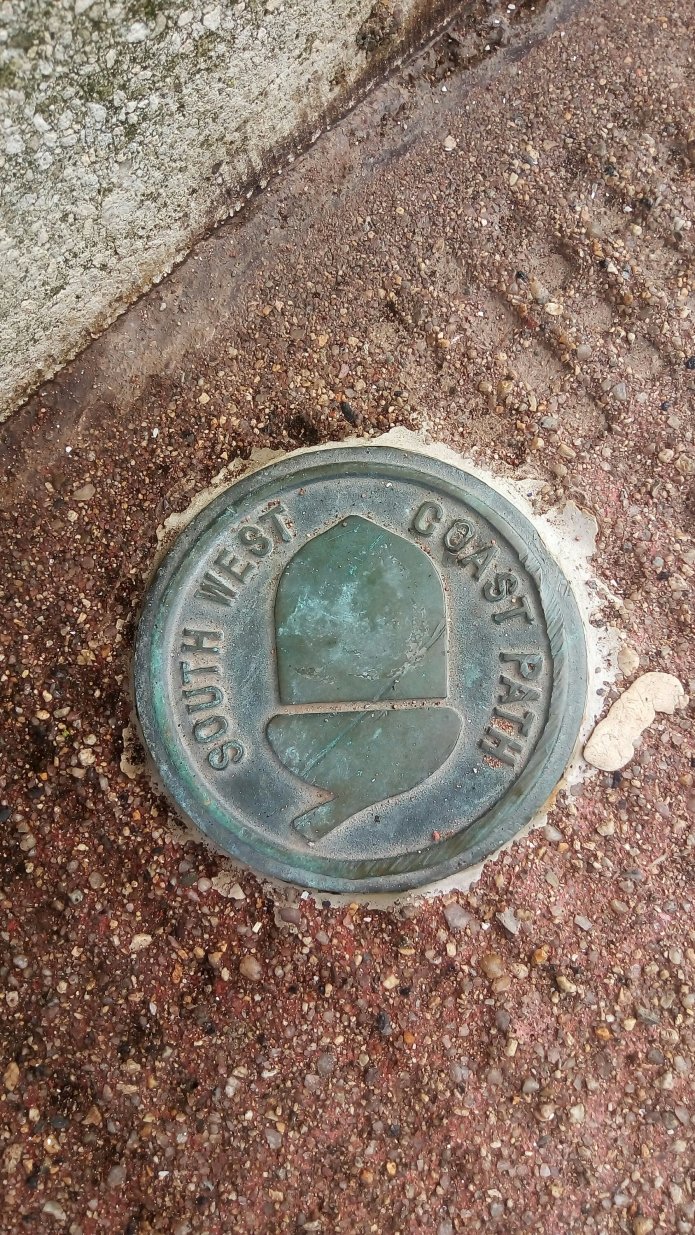 He had no doubt watched me from afar, toiling up a slightly inland slope that had garnered a local reputation. By the time we met, I had regained both composure and breath,- “it was, interesting, it certainly made me… think”. We had a brief chat and just before restarting his Kawasaki and roaring off, he replied “some of these hills do make you think about what you are doing” 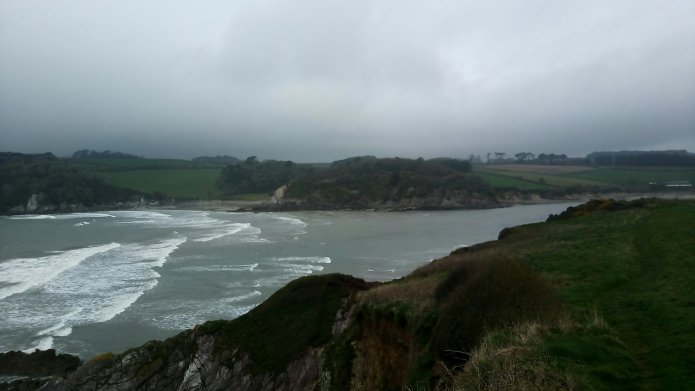 The walking on the South West Coast Path is superb. Amongst the best I have ever done. However the terrain, with continued ascents and descents, often rocky paths and that damned mud in the first fortnight means that I cannot manage high mileage days. The most I have done so far on this trail is a tad over 24.5 miles, and that was simply because of a lack of camping opportunity and a ferry to be caught. Daily ascent has varied, the most ascent so far has been 4516 feet on day fourteen. 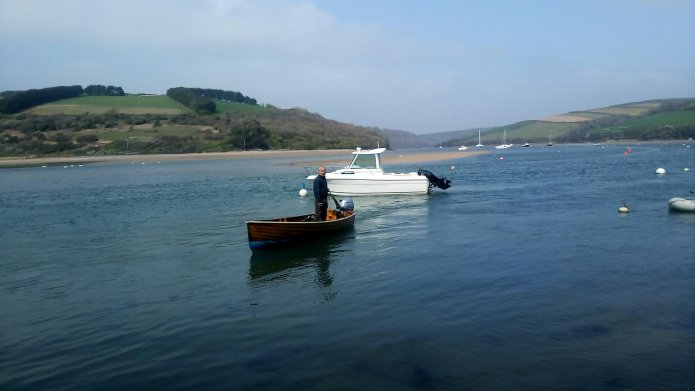 Most days have been far shorter and I see I am currently averaging around 13 mile days. I am not overly concerned by this as it will pick up once I move inland after the SWCP. 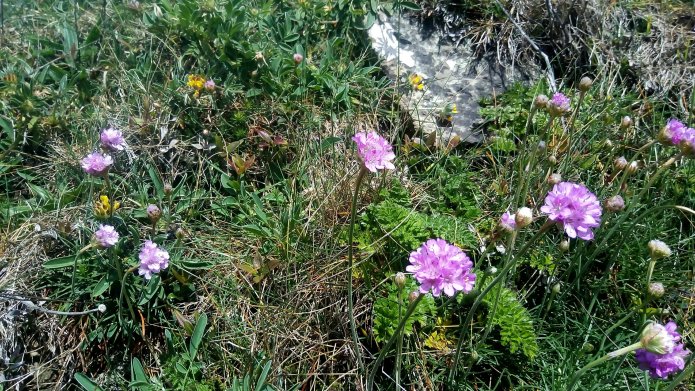 Spring is very much here. Flora has been changing and increasing. Now into Cornwall, Bluebells are prevalent. A bank of Early Purple Orchid was an unexpected joy, Spring Squill is a west coast beauty and Thrift is THE flower of both headland and grass covered stone walling. 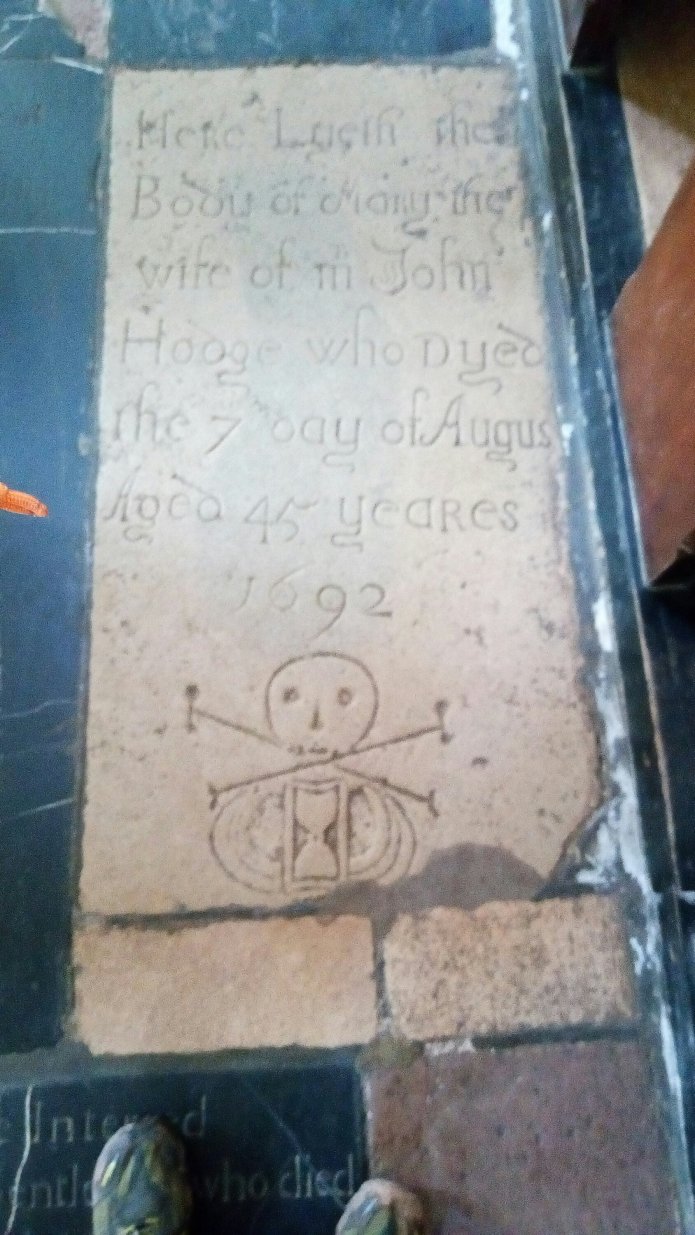 I continue to take a few minutes out when I can to both explore what I pass, and to chat to people I meet. That is, after all, one of the primary aims of my adventure. And come on, who isn’t thrilled to come across a skull and crossbones on a 17th C. memorial slab in a church? 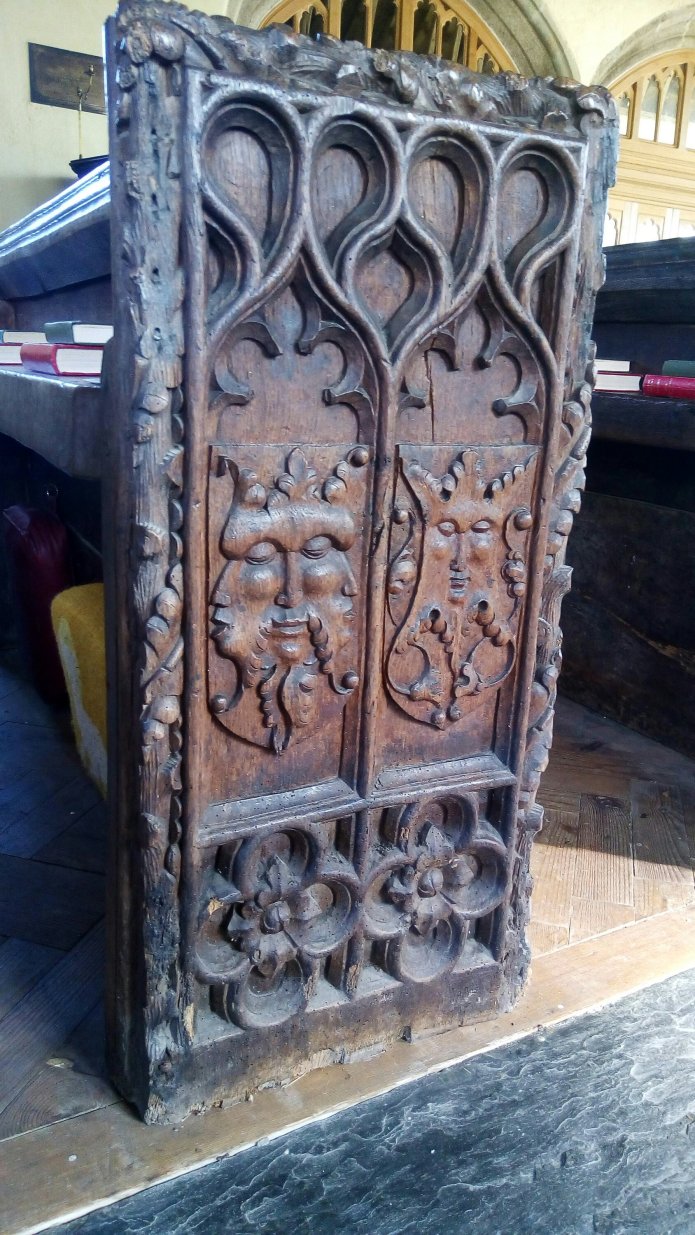 My weight hasn’t exactly, ahem, dropped dramatically. But I put that down to a conscious effort to keep the calorific intake up. 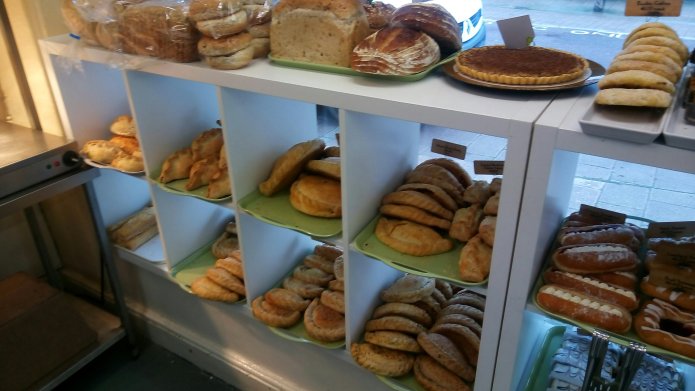 The Cornish Pastie was, or should have been, made for hikers. And I am pretty much convinced that the Cream Tea is the perfect lunch time meal- calories, mix of carbs and protein, even some vegetable for vitamins. And I can ask them to refill my water bottle, all essential hydration. 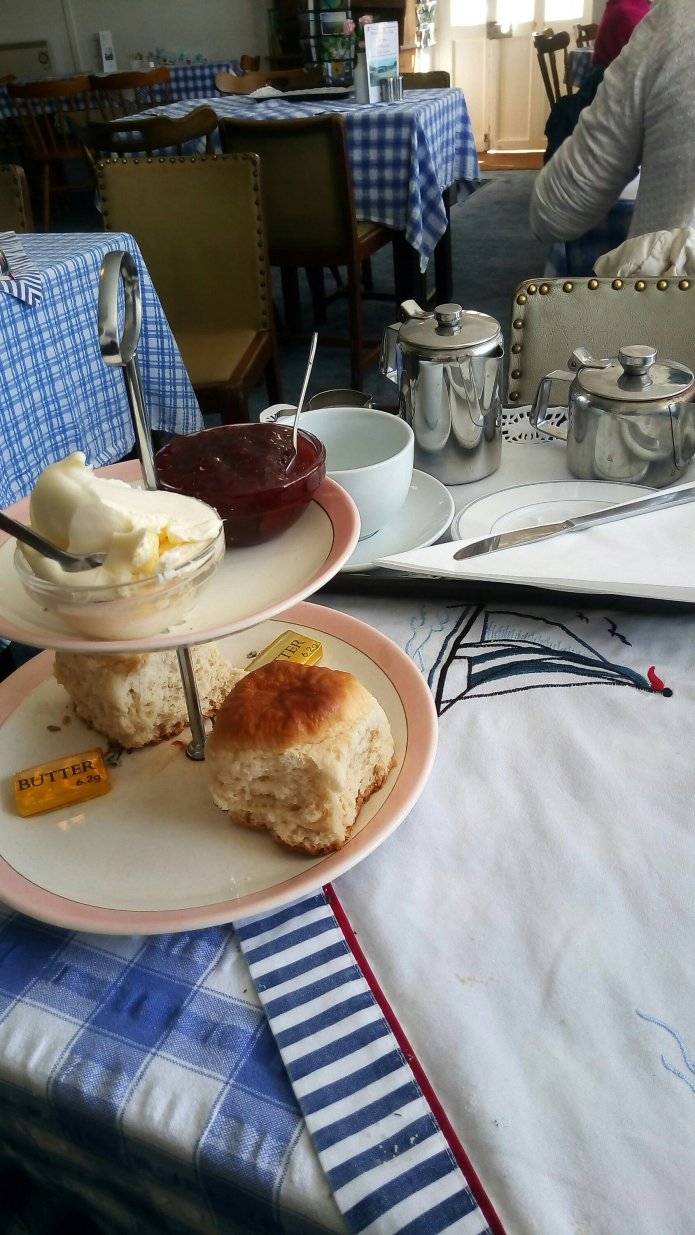 My gear is mostly holding up well with few failures other a hole in the heel of one sock, a tear in the left sleeve of my hiking polo shirt, courtesy of thorn bracketed paths, and a small failure on the seam of a Z-Packs stuff sack that holds my quilt. Easily repaired with a square of cuben repair tape. 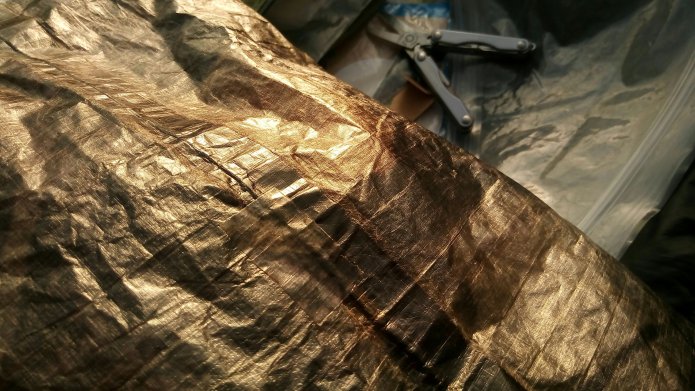 My continued use of campsites and hostels, where present, means that I am keeping on top of clothes washing to an acceptable level. Socks and skiddies get at least a daily rinse. If they aren’t dry in the morning, they go on wet. 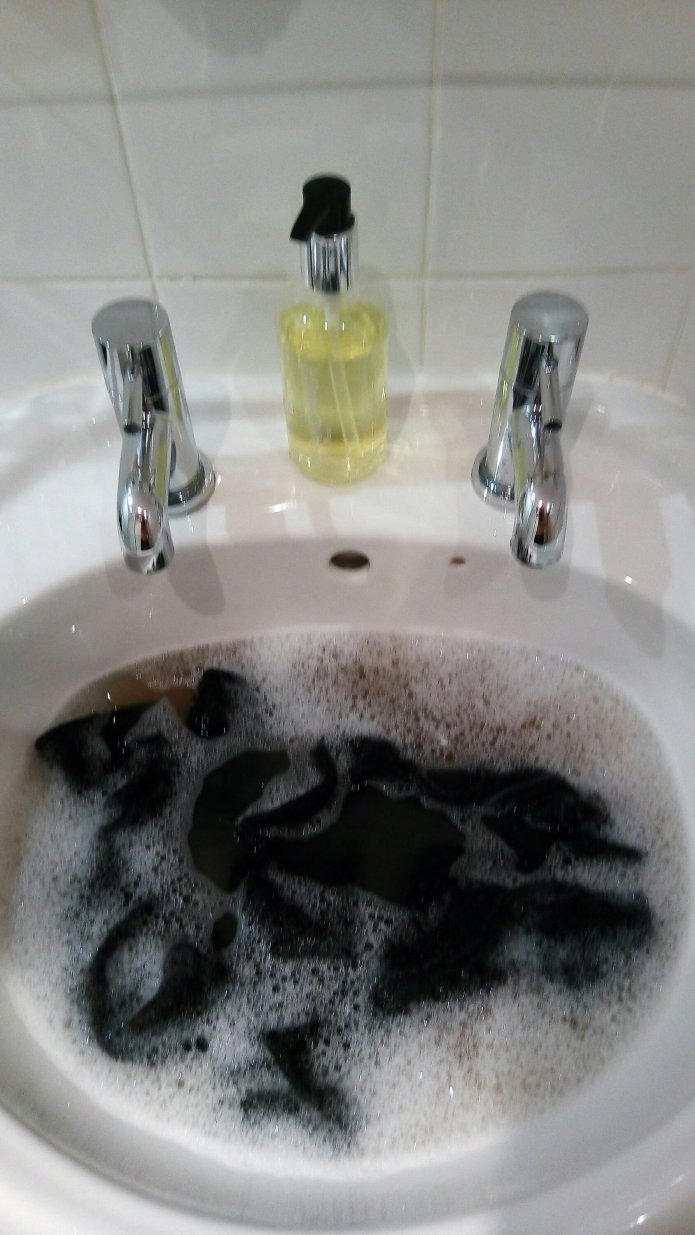 I have managed one additional wild camp since my last blog. That was purely due to a lack of ‘official’ sites and my need to hit a low tide, early morning, to make one particular ‘wet feet’ crossing of a harbour. 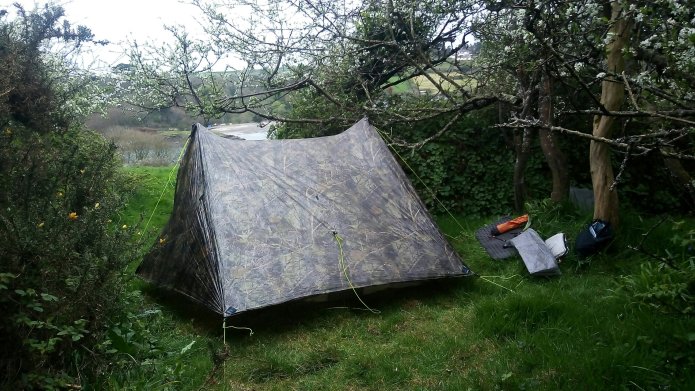 The weather has mostly improved, as has my ‘hill fitness’ and as a result the walking, while not easy, has been mostly superb. I have taken one zero , today, as a result of torrential rain. 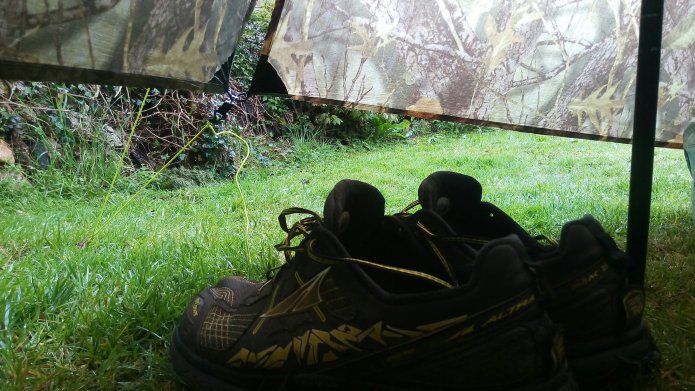 This gave opportunity for rest, repair, a decent meal and a bit of exploring. Beside that, I can only report that my First Point of the Compass- Lizard, the most Southerly Point of Mainland Britain, has been passed. Suitably celebrated with a steak and a bottle of wine in the excellent Witch Ball Inn in nearby Lizard village 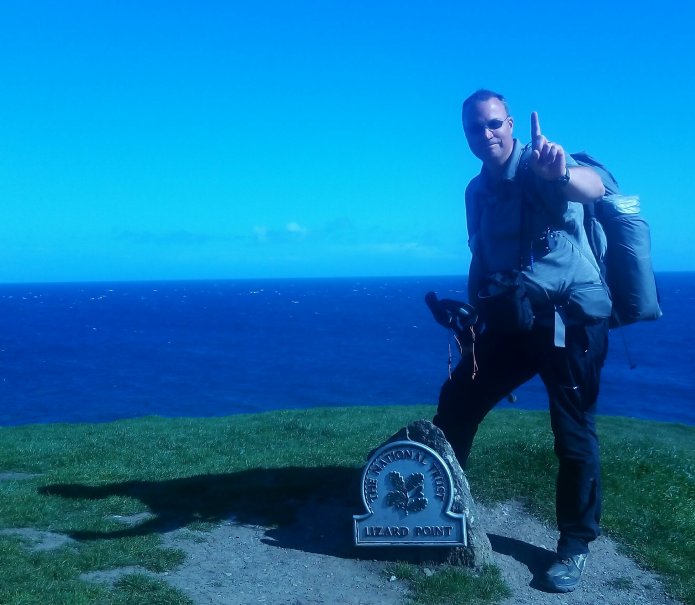 Follow Three Points of the Compass on WordPress.com
Join 266 other followers

It is not often that a new design of map measure appears on the market. Harvey Maps bucked the trend in 2022 and released a fun little product- boot and shoe laces complete with printed scales to suit their most popular map scales- 1:25 000 and 1: 40 000.
Map measure of the month: Harvey Maps 25k and 40k ‘map-measure-go!’ laces

My final days on the Pennine Bridleway. The walking steadily improved but the rain continued to laugh at the concept of summer. However, I had Kirkby Stephen in my sights, and nothing was going to stop me
Trail talk: Pennine Bridleway. Settle to The Street, Ravenstonedale

The 205 mile long Pennine Bridleway has two included loops. The first is the 47 mile Mary Towneley Loop that I completed on my way up from Middleton Top. The second is the ten mile Settle Loop. My plan was to traipse round it in a few hours and call the remainder a day off in Settle. But first I had the aftermath of a night of torrential rain to contend with.
Trail talk: Pennine Bridleway. The Settle Loop
Loading Comments...
%d bloggers like this: