A library for historians…

“to care about a place, you must know its story”

I could just have easily posted these books under my section- ‘a library for geologists…‘, but they are both as much, if not more, about the people that inhabit a landscape. The two volumes look at a similar subject but approach and share it with the reader in different ways.

The first is very much a scholarly work, but don’t let that put you off. Nicholas Crane is an excellent writer and communicator who may visit again in this series of books from my library. I thoroughly recommend The Making of the British Landscape to just about anyone. The author is proficient in explaining meticulously researched detail in an accessible manner. It is a hefty volume, and all the better for it. Sub-titled ‘From the Ice Age to the Present’, that is an ambitious target and the bigger picture is broken down in to the step-changes that have shaped this country and its people. 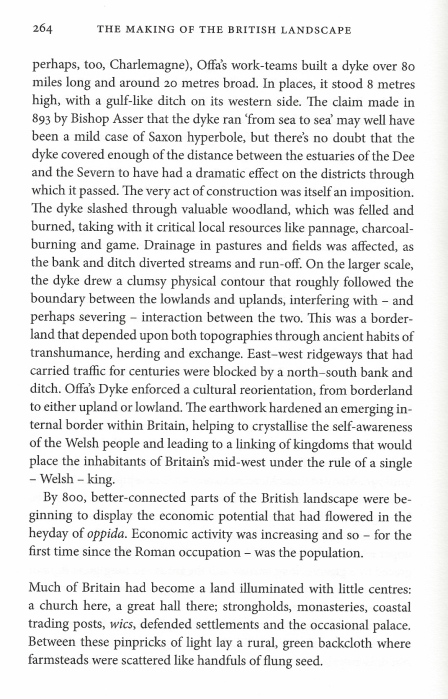 Page from The Making of the British Landscape

“Our country is like a historical onion: layers and layers of human endeavour, overlaid and overgrown, but still visible”

I was unaware of Mary-Ann Ochota’s writing before I came to her ‘Spotter’s Guide‘. I had seen her co-presenting of Channel 4’s ‘Time Team’ but it is mostly through reliance on her formal training in anthropology and archaeology that this book has been produced. It is a very accessible book that looks at big and noticeable features and then attempts to explain them, usually quite successfully in a series of chapters- Lumps and Bumps, Stones, Lines, and, In the Village. 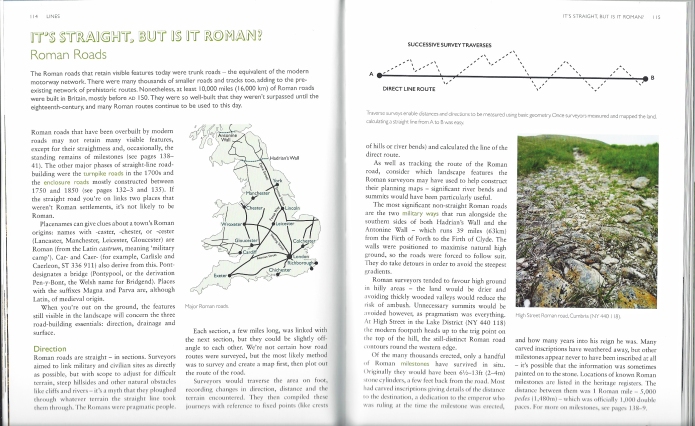 Three Points of the Compass has a closer look at four lightweight powerbank options from Nitecore
Gear talk: Nitecore powerbanks for lightweight backpacking

Map Measure of the Month: the Enbeeco “opisometer” No. 102

This is a ‘middle-of-the-road’ map measure masquerading as a quality […]
Map Measure of the Month: the Enbeeco “opisometer” No. 102

Three Points of the Compass pulls down and shares four books from his library. These cover statues and monuments to be found in London
A hikers library: London’s statues, sculptures and monuments

Trail talk: a night wander of the Jubilee Walkway in search of elephants

Three Points of the Compass walks London's Jubilee Walkway, this time at night. I was looking for statues and public works of art, but found partying football fans and elephants
Trail talk: a night wander of the Jubilee Walkway in search of elephants

Trail talk: how to use the sun clock on the Silva Ranger SL compass

Three Points of the Compass welcomed a recent delivery- a stack of notebooks waiting to become trail journals. A look at their respective merits
Trail talk: Huzzah!- new notebooks delivered
Loading Comments...
%d bloggers like this: