A library for naturalists…

I so wish I could remember the species better, there should be some hope for me with the names of the British Butterflies, there are only around 59 species, but the Moths, I have to contend with over 2500 of those!

Time for a Field Guide…. 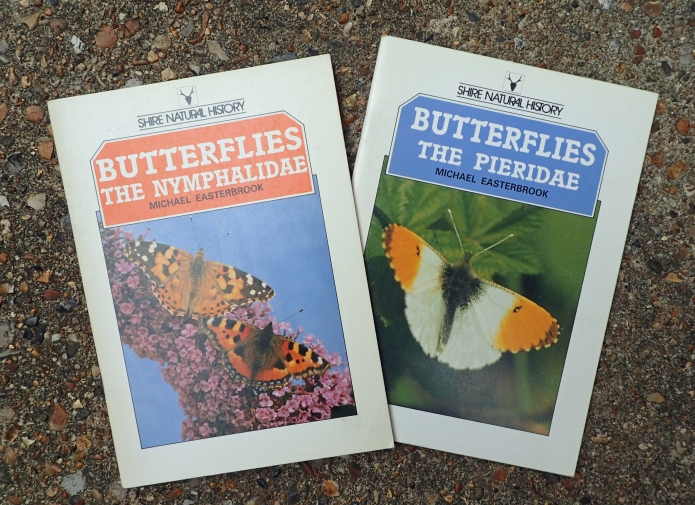 The two cheap but efficient Shire publications were amongst the first I purchased from this publisher. Both Nymphalidae (1987) and Pieridae (1989) from Michael Easterbrook can be read in less than an hour yet give considerable information on these Families, but they aren’t intended as Field Guides

As usual, Collins have published cutting edge guides. I am not sure their Caterpillars volume should be taken on a dedicated nature ramble but the Butterflies guide with superlative illustrations by one of, if not the most, proficient, insect artists in the country, covers 440 species, which is just about all of those to be found in Britain & Europe.

Sample from Collins Field Guide to Butterflies. Artist and illustrator Richard Lewington has caught one of the first stand out facts I learnt on a trip out with the Kent Field Club a decade ago- the lovely male Duke of Burgundy butterfly differs from the female in that it has only four functional legs, having greatly reduced forelegs

Collins Field Guide to Caterpillars is, I believe, still the only field guide that groups caterpillars by their food plant, so a little knowledge on flora is useful

Field Guides are all well and good, but a book on the natural history of our beloved species is what is required to gain a greater understanding of their biology and evolution. The Field Guides are good, but with so many species to pack in, any information on each species is very limited as a result.

The first book I purchased on the natural history of butterflies was a classic in literature- number one in the New Naturalist series, E.B.Ford’s Butterflies which was first published in 1945.  OK, so a lot has been learnt since Ford and his contemporaries did their groundbreaking work, but the great majority of the information in the volume still holds up today as accessible, informative text.

Both John Feltwell and Marks Young’s volumes, shown above, cover breeding, feeding, distribution and life history. I feel that the Poyser Natural History has the edge over the Facts on File book, but that befits such a large group, many of which are rarely seen as they are nocturnal. As homage to that, this is the only photograph I have taken of books from my shelves, at night. In the very garden where I have hung strips of cloth covered with home brewed pulpy mixes of sweet smelling fruit, later to venture out under cover of darkness to see what had descended on them on warm summer nights. Such great fun, why don’t I do it still? 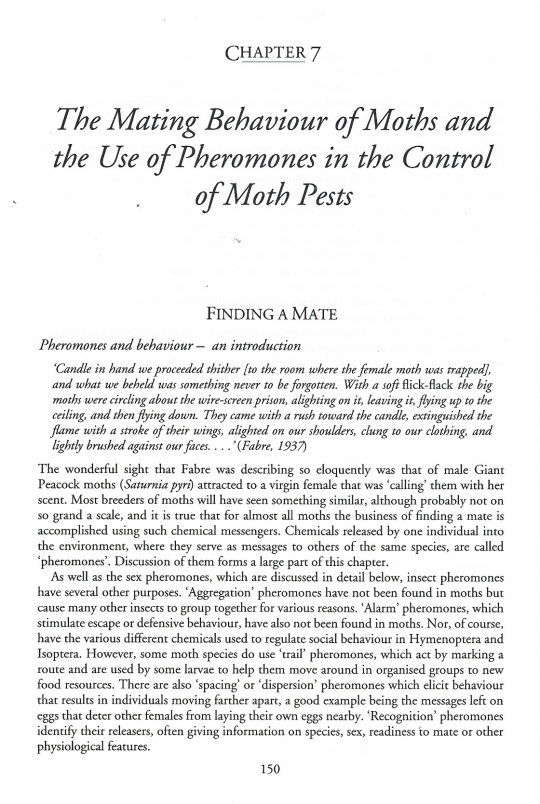 A page from The Natural History of Moths. Read this and you will never look at a moth in the same way again, guaranteed

My first Field Guide to Butterflies was this 1976 guide, first published six years previous, by L.G. Higgins and N.D. Riley. Good as it is, with illustrations by Brian Hargreaves, I reckon the most recent Collins guide is a big improvement

My search for an efficient, small, lightweight power adapter with USB-C port for UK use continues. A look here at three prospects.
Gear talk: looking at Power Adapters

Three Points of the Compass believes there are two essential tools required when looking at fuel requirements for a backpacking trip. These are digital scales and a sharpie
Trail talk: weighing fuel canisters

Many will be aware that lindal valve gas canisters can be expensive, while bayonet connector butane cartridges can be much more affordable. There is a cheap, tiny, copper transfer nozzle available for putting the contents of one, in to the other...
Gear talk- butane canister converter nozzles
Loading Comments...
%d bloggers like this: