A library for those who hike in the shadow of giants…

The Reverend William Keble Martin was born in 1877 and died 1969. For sixty of those years he spent countless hours making meticulous and devoted study of the British Flora. From schooling at Marlborough he went on to take a degree in Botany at Oxford. Following ordination, he worked as a curate or vicar in the north of England and during 1918 became Chaplain to the Armed Forces in France. Later, he moved to Devon. Any spare time and holidays were frequently spent travelling the length and breadth of the UK gathering specimens and sketching them on the train home.

He was 88 when his Concise British Flora in Colour was published and it became an immediate best seller. Such was his skill that in 1966 he was asked to design a set of postage stamps, these were issued in 1967. His work is intricate and beautiful. I stand in awe at his determination and attention to detail. Somehow he found time to also serve as an active member of the first Nature Reserves Committee. His autobiography, Over the Hills…, offers a glimpse of the gentle and humble man who’s interests lay not only in botany but all branches of natural history.

This is a gentle autobiography and is never going to set the world alight, it is not riveting nor does it offer great insight, it is a simple account of the life of one of the finest botanical illustrators this country has ever produced. 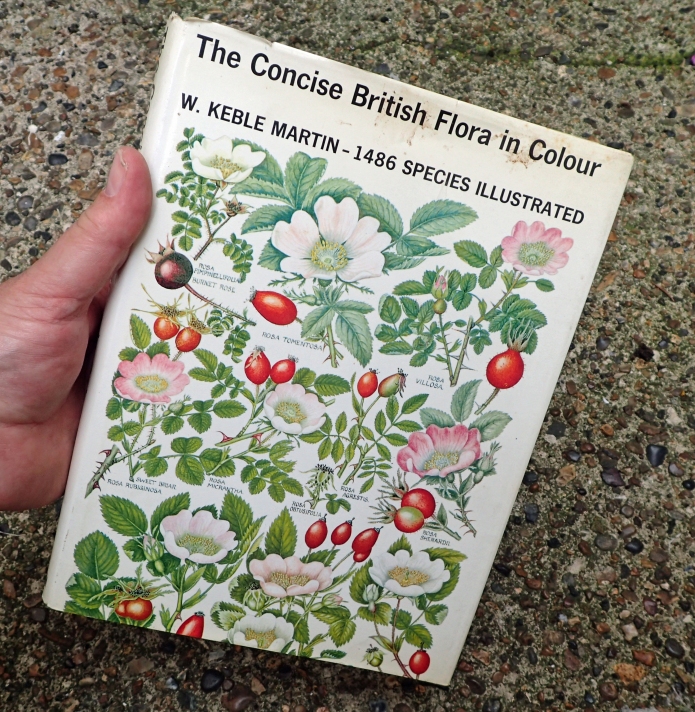 Keble Martin’s Concise British Flora is an old book. Sadly, some reprints reproduce his delicate, accurate and fine illustrations quite poorly. Get a good copy, there is unlikely to be any other book that shows diagnostic features on plants any better

Book from my shelves: