A library for hikers- Canals

Canals cross the United Kingdom. Historically, these inland waterways had a relatively short working life before being usurped by the railway but are today resurrected within the leisure market. Not only are they home to modern water borne travellers, but their banks provide access for anglers, cyclists, dog walkers, hikers and the modern day magnet fishers.

Signs of failure, decay and lack of use can still be found in and alongside many canals today. The rotting carcass of a wooden boat was passed by Three Points of the Compass when walking the London Loop in 2016

Three Points of the Compass has walked hundreds of miles along canals enjoying their banks and wildlife, a good few miles of canal are included on the route of my Long Walk. There are a small number of books within my modest library that provide more than a modicum of information on their history and add a smattering of interest to any walk along a canal.

Narrow Boat by L.T.C. Rolt is credited with kick-starting the interest in English canals. The author recorded his work converting a dilapidated wooden narrow boat Cressy in to a liveable abode on which he and his new bride set forth on a four month trip, taking in a variety of canals, pubs and encountering a mixed bag of characters. It was a strange and changing world, at the outbreak of World War II, when the future of the canal system seemed rooted in decrepitude. Yet publication of this book in 1944 led directly to the formation of the Inland Waterways Association when it was founded by Tom Rolt and Robert Aickman in 1946. From this the restoration and use of canals for leisure eventually became assured. My faded volume was published in 1946 and later editions are easy to find. It is an older style of book and I enjoyed it immensely. If published today as a new product it would probably excite little interest and it can be difficult to appreciate today just what sort of impact it had at the time.

A later account of a similar length of journey by narrow boat across the English Canal system, taken in 2001, was written by travel writer and TV Presenter Paul Gogarty. As befitting his background, The Water Road is a well written and informative volume that understands, with the hindsight that the intervening decades have provided, what the reader wants. Part history, part ‘narrowboat odyssey’, part observational anecdote.

‘The Water Road’ is Paul Gogarty’s account of a 900 mile, four month journey across the canals of inland England aboard his 50 foot narrowboat Caroline

It seems to have been no less a strange and awful time when Paul Gogarty’s journey was undertaken- the UK was undergoing a B.S.E. epidemic from which many communities never recovered, Salmonella was in the news and as the trip drew to a close- “I would return home just in time to watch the Twin Towers crumble. The apocalypse was alive and kicking”. 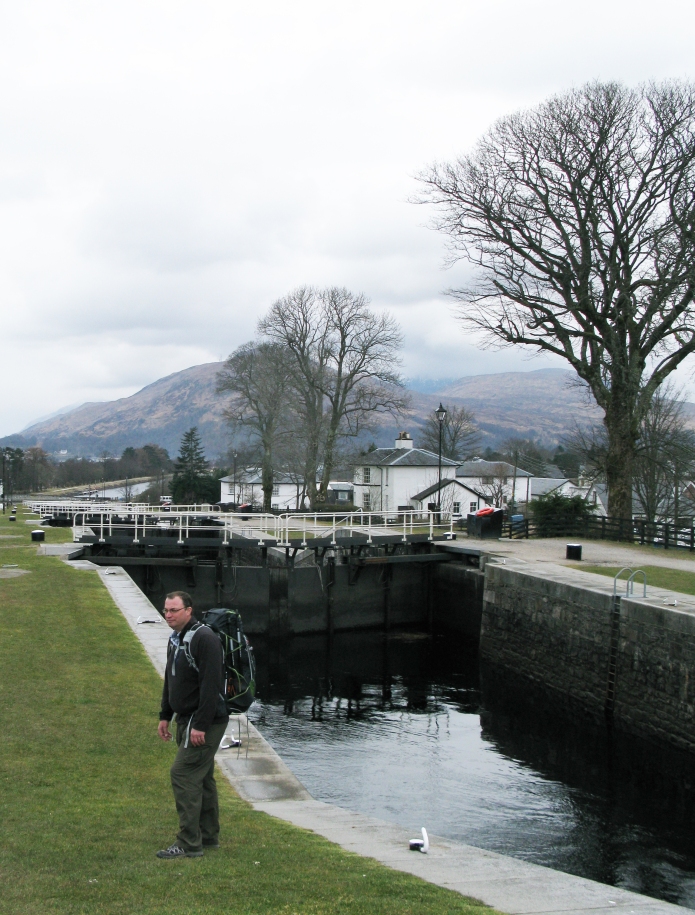 Having completed the West Highland Way in 2013, Three Points of the Compass stayed in Fort William and explored Neptune’s Staircase on the Caledonian Canal the following day. This is the longest staircase lock in Great Britain, comprising of a flight of eight locks. The canal was built by Thomas Telford between 1803 and 1822

Three Points of the Compass has included a good few miles of canal walking on the Long Walk commencing 1st April 2018. Tow paths can be useful for crossing the country quickly on often good paths. Though these can also be overgrown, muddy and, frankly, boring at times. Also it can be difficult to find wild camping spots along their length in places. But still, I am quite looking forward to some parts of my forthcoming walk that incorporate canals. Most canals have a book or two (or more!) dedicated to their history. There is one in particular that I was keen to add to my book shelf in order to learn a little more.

Following the Lee Navigation in 2016

Exploring the Edinburgh to Glasgow Canals is somewhat different to the aforementioned two books, it is not only a history of the canals (though missing out of more recent developments) but also tells of the towns and industry that were served by the canals in their working life. I am also encouraged by the fact that the author, Hamish Brown, is an accomplished walker and outdoors writer. This then, is not just for the boat dweller, but for those who amble the lengths of canals but want to know more on what they pass.

For a few years, I was fortunate enough to work with/for the author of another little volume that sits on my bookshelf that provides a fascinating and accessible concise introduction to one of the most noticeable facets of the canals; namely, the boats and craft used for trade, industry and upkeep. Tony Conder has illustrated the modestly priced Shire volume Canal Narrowboats and Barges with dozens of photographs from his personal collection. These and his text provide a wealth of information on boat construction, propulsion, their cargo but little of the people that lived and worked their lives on the canals. For that type of information it is best to visit one of the waterway museums listed in the book. The author was curator of the British Waterways Collection for twenty five years and opened the National Waterways Museum at Gloucester in 1988. 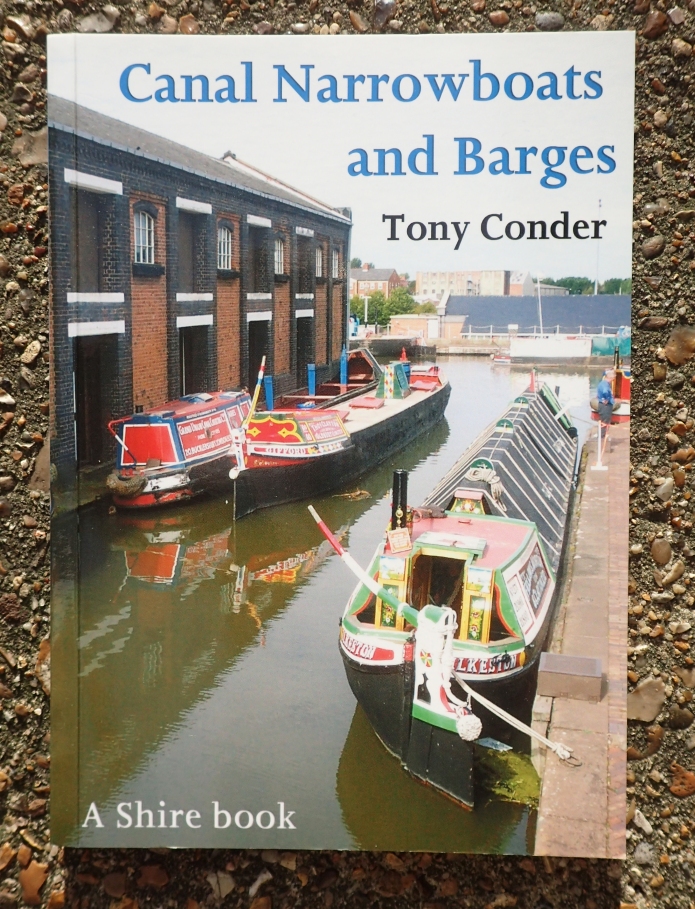 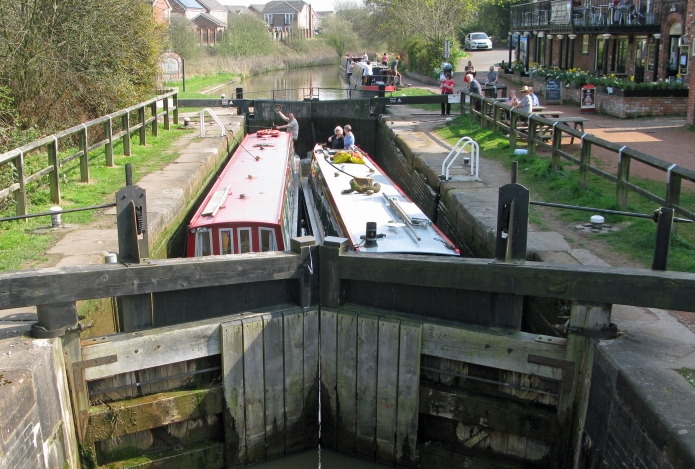 Three Points of the Compass has not only walked the tow path of many a canal, but has also, with his family, enjoyed travelling hundreds of canal miles by boat. Here he navigates a lock, briefly with hat held aloft, on the Cheshire Ring in 2015