A library for historians…

If there is one thing the United Kingdom abounds in, it is castles and hillforts. While they may not be encountered on most walks, many a long distance trail will likely be passing close to one, or former location of one. Don’t believe me? Look at your map. Over a thousand castles were built in the century following the Norman Conquest and in 1962 the Ordnance Survey recorded some 1366 hillforts and associated earthworks.

My tiny little 66 page book from HMSO is a good, if old, introduction to the salient points of castles

I only have a handful of reference books to castles and forts on my bookshelves, but they stand me in good stead when combined with local information and what can be found online. I have slipped a lovely little volume on Hillforts by James Dyer into this post as, in my mind at least, they fulfilled a similar function to the castles that followed.

The Shire Archaeology book on Roman Forts by David J Breeze looks at forts, fortresses, fortlets, watch-towers and signal towers from the first to the fourth century. A book from the same series by J N G Ritchie concentrates on those strange iron age brochs found in north and west Scotland.

But if you really want the detail on medieval castles, then the A-Z reference book from Sutton Publishing is where to go. It is no book to read cover to cover, more to dip in to. Particularly useful is how the detail is put into historical context.

Author James Dyer really knows his subject. A lecturer in archaeology, he has studied hillforts and includes detail on two personally excavated by him in this handy little volume

Three Points of the Compass passed through Barbury Castle, an Iron Age Hillfort, when walking the Ridgeway 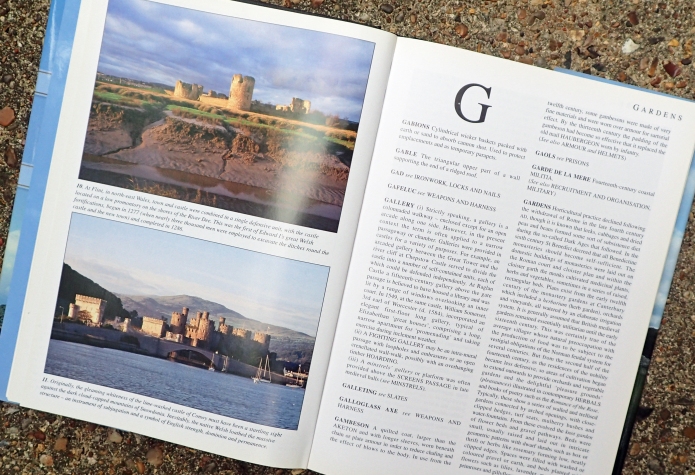